Mr Paul Herbert is a consultant surgeon specialising in venous and vascular access surgery. He is an expert in kidney transplantation, treating varicose veins, as well as the surgical treatment of hernias and lipomas. After graduating from the Charing Cross medical school, Imperial College London in 1997, Mr Herbert gained training in his chosen areas of general, vascular and transplantation surgery.

Whilst he was training, Mr Herbert gained his PhD in transplant immunology which has been published widely. With a huge amount of experience in venous and vascular surgery, Mr Herbert has witnessed the transformation from surgical techniques being performed as open surgery to the modern innovations of minimally invasive techniques used today.

Private Transplant work is undertaken at Imperial College NHS Trust in the Private Wards. Most of my Venous work is performed at the Whiteley Clinic London. 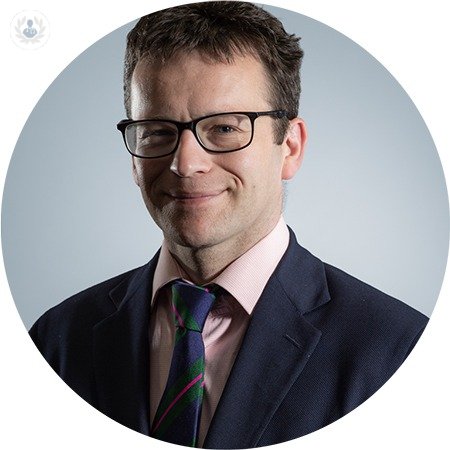 What are varicose veins? Varicose veins are enlarged and swollen veins, usually forming in the legs and feet. Often they can appear as lumpy, b...

What are leg ulcers? A leg ulcer&am...

very happy with this initial consultation

Any cookies that may not be particularly necessary for the website to function and is used specifically to collect user personal data via analytics, ads, other embedded contents are termed as non-necessary cookies. It is mandatory to procure user consent prior to running these cookies on your website.